Pianist SONG Yaozong began studying piano at the age of four. After spending his early years in China, he was admitted to the Robert Schumann Hochschule in Düsseldorf where he obtained an undergraduate in professional performing and a doctorate degree. During his stay in Europe, he was invited multiple times to perform at internationally renowned music festivals, such as the Max Reger Festival, Klavier-Festival Ruhr and many more. He also held dozens of solo concerts at various national and international concert halls. Pianist Evgeni Bozhanov affirms that SONG Yaozong: «performs naturally, and his unique control of the tones and his in-depth interpretation of the work is surprising». 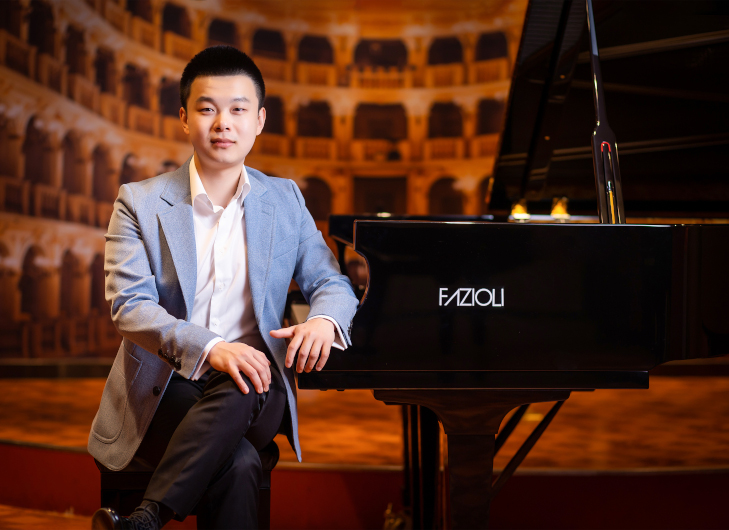 When I first touched a Fazioli piano, I was pleasantly surprised. Especially when I play with the pedals, it sounds like a flowing crystal, with each facet reflecting a different color. I can easily play the sound I want, and the Fazioli piano always inspires me.