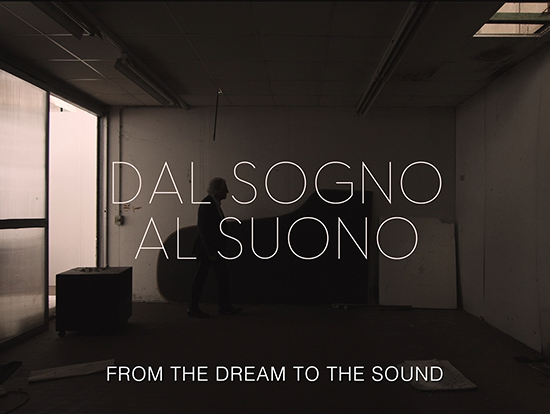 “Dal Sogno al Suono” (from the Dream to the Sound), the new docu-film by Fazioli Pianoforti previewed in May for a selected audience during the Company’s 40th Anniversary celebrations, will be released on Friday, December 16, 2022. In the documentary, using the restoration process of a historic Fazioli piano returned to Sacile from Taiwan – the very first F308 model ever built – as an ideal fil-rouge, the 40 years of the Fazioli Piano Company are celebrated through the testimonies of some characters who generated that story, lived it or live it, or even simply knew and shared its value. The background to all this is the photographic contributions of the time, the images of the piano’s restoration, and some shots from concerts and activities in the Fazioli factory.

The short film will be available on Fazioli official YouTube channel from December 16, with the première starting at 4:00 pm CET.

Through interviews, we learn about the story of Paolo Fazioli who, moved by unwavering passion and determination, realized his dream of building pianos. The fascinating journey, interwoven with anecdotes and stories, encounters and precious memories, is accompanied by countless images and enriched by vivid shots from the Fazioli manufacturing process.

The Fazioli piano factory was founded in Sacile, in places where working with wood is a prestigious tradition. In a corner at the family furniture factory (the famous brand MIM -which boasts great Italians among its designers such as Fontana, Mendini, Munari, Gregotti, Scarpa, Zanuso) Paolo Fazioli, the youngest of six brothers, starts his business.

In the documentary, the evocative disused rooms of the old factory are the setting from which memories spring…

The first narrator we meet, immersed in his living room where every object speaks of art, is Carlo de Incontrera, composer, musicologist and artistic director whose meeting with Paolo Fazioli, right at the very beginning of his entrepreneurial adventure, constituted a decisive springboard for the new piano company. The Teatro Comunale di Monfalcone with its F278 concert grand on stage became the very first meeting point with all the most influential pianists in the world.

Among them, the French-American François-Joel Thiollier who had the honour of playing the new F308 model for the first time in 1987, a concert piano destined for larger halls, inaugurating it with the performance of the First and Second Piano Concertos by Tchaikovsky. This piano, later also played by Lazar Berman at Carnegie Hall in New York, was sold to a customer in Taiwan.

In the film, this same instrument, the very first F308 model ever built returned to its birth-place in Italy after decades, lends itself to being a sort of allegorical and visual fil-rouge throughout the story of the film and acts as a counterpoint to the various testimonies. It also provides the excuse to enter the Fazioli factory, today a modern, clean and bright working place, animated by passionate collaborators with a strong spirit of belonging to the company.

Claudio Truccolo, specialized technician, entered the company right in 1987, when that very piano was conceived, while the new generation is represented by the current chief technician Job Wijnands, who in Sacile found his dream job. Their anecdotes provide us with even more clues to understand the personality of the founder Paolo Fazioli and the philosophy according to which he gathered his collaborators and conducted his company over the years.

«I’ve always believed in what I was doing, and I’m not saying I was sure I’d “make it”, but I was still quite aware of the opportunity, and I always drew energy from the idea that if you do things well and put together a quality product, sooner or later you will find success…»

«We must remember what the company was at the very beginning compared to the big piano brands that have invaded, or you might say obstructed, the world of music… it was a tiny workshop that, little by little, working outwards from Sacile, began to earn a share of the market… Paolo Fazioli’s journey has a touch of the miraculous…»

«I have been lucky enough to be able to grow within the company and learn many things from those already working here. This is exactly what I am trying to do now with the new generations joining the company.»

«I believe that Paolo Fazioli is a person with great imagination. Continuing to work to improve an instrument such as the piano, which has remained basically unchanged for the last 150 years is a huge challenge.»

«I’m not saying I helped to improve the instruments, although I would be truly proud if I had, but I certainly offered another perspective on the stylistic possibilities that can range from Debussy to Gershwin, to name a few recent composers, but also Bach and polyphony. They are always unique pianos, which stand out, with a personality and sound that is not simply a stereotype.»